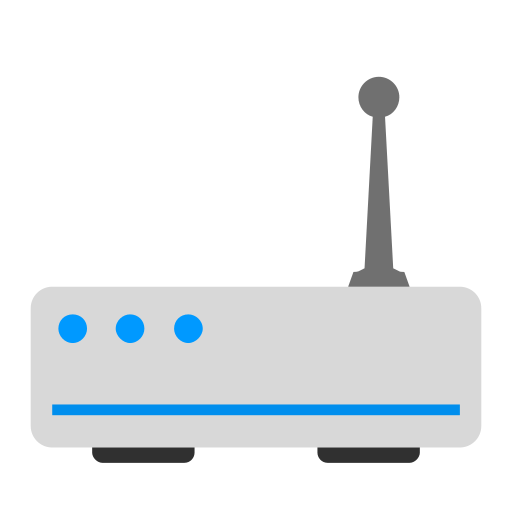 The basics on getting your cellular plan to work.
(If you haven't yet, Start Here first.)

Due to the vast amount of devices & hardware options available, we won't be able to cover many specifics. However, we can give you the general things you need to know about on most cellular setups. Depending on which specific cellular plan you get (Step 2), you'll need to be aware of the 4 main things below.

An IMEI identifies your device to the carrier.

An APN connects your device to the internet.

Device Identity is a way for carriers to determine what device and device type is accessing their network. They primarily determine this through the IMEI (International Mobile Equipment Identity).

Depending on the cellular plan you choose (Step 2) and what device you put the SIM inside of, you may or may not need to modify your IMEI to avoid being shutdown by the carrier. Because, if someone puts something like a tablet plan SIM inside of an unmodified cellular modem/router, the carrier will detect this and eventually shut the line down.

So, let's take, for example, the $20/month AT&T Postpaid standalone Unlimited Tablet plan.
IMEI is important because if you want to use this plan in in an unapproved device (a non-tablet/iPad), that is against the TOS (Terms of Service). If you don't care about the TOS, then yes, you can use the SIM inside of an unapproved device. However, AT&T will detect this and eventually will shut the plan down (may take days, weeks, or months). So, you have to trick AT&T's system to not detect the device. The way people do this is IMEI modification (also referred to as "spoofing", "repair”, "magic”, “identity crisis”, or "a Mofi that thinks it is a tablet"). You will need to change the device's IMEI to a compatible iPad/tablet IMEI so that it "tricks" AT&T's system. (The same principles apply to using a phone plan - you will need to use a compatible phone IMEI.)

One issue is that not all cellular modems/routers support IMEI modification. For example, the Netgear Nighthawk M1 does, but the Nighthawk M5 does not (at the time of writing). So, for example, you could use the $20 AT&T Tablet Plan in a modified M1 with no worries, but not on the M5, since it cannot be modified.

As for actually performing this IMEI modification, unfortunately, each device/modem vary some in the actual steps, so we won't dive into the specifics. However, in general, it is usually not available in the cellular router’s settings, but has to be set with a computer program that is directly connected to the modem/router. Also, we can point you to some resources:
> There is a relatively user-friendly program that is used on some devices, especially the most popular, the Nighthawk M1. This program is called DC Unlocker. However, not all devices are supported and it does cost.
> There are some forums, Facebook groups, Reddit posts, etc that do provide information for IMEI modifications. Google can be your friend on this one.
> Many times IMEI modifications are performed by connecting to the device via something called Telnet using AT Commands in Command Prompt/Terminal or a 3rd party program similar to PuTTY for Windows. This sounds daunting, but if you can find a tutorial for your specific device, it usually isn't too difficult.

The cellular modem/router needs to know what data network to connect to, this is called the APN (Access Point Name). Each cellular plan has a specific APN that works to connect it to the carrier’s data network. So for example, the $20 AT&T Tablet Plan uses the “broadband” APN. This setting is usually easily found in the cellular modem/router’s settings. This is one of the easiest parts of getting your cellular internet setup ready.

Find your APN by carrier here or here.

Depending on the cellular plan you chose (Step 2), most plans have a limited amount of hotspot data, and then it is either capped or throttled to nearly unusable speeds. Most of the time, putting the SIM inside of a cellular modem/router will be detected as hotspot data.

For example, the current AT&T $20 tablet plan only includes 10 GB of high speed hotspot data, and then it is throttled to a nearly unusable 128 Kbps. On AT&T, they categorize hotspot data usage by the APN that is used. If you use the correct APN (“broadband” for this plan), then AT&T will not detect hotspot usage and there will be no hotspot throttle.

However, Verizon & T-Mobile detect hotspot data differently. They detect it via TTL (Time To Live (ipv4)) & HL (Hop Limit (ipv6)), which is something embedded in the data. So, people will modify the TTL/HL on their router/device so the carrier will see that the TTL/HL on the data traffic is "on-device" data and not hotspot data - therefore, there will be no throttle or cap.

If the plan you use has a video throttle doesn’t have a feature to turn off the video throttle, then a way around that is by using a VPN (Virtual Private Network) to hide the video data traffic from the carrier. Then the carrier can’t throttle your video streaming. The VPN can be installed on the cellular router (if supported) or installed on the individual device doing the streaming (if supported). Unfortunately, there are some downsides to running VPNs - sometimes unreliable, not all devices are compatible, sometimes there is speed loss and added latency, etc. However, plenty of people have success with the right VPN, the right VPN settings, and the right devices.

Carriers manage the cellular traffic on their networks in a few ways that are relevant to cellular internet users (listed below).